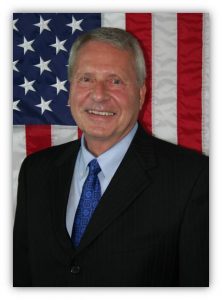 Mayor Donald Lee Atkinson was sworn into office on January 5, 2016, previously serving on Whitehouse Village Council for 4 years. Mr. Atkinson can be reached at 419-508-6497 or by email at datkinson@whitehouseoh.gov. Mr. Atkinson is a retired a Captain with the Lucas County Sheriff’s Office, with 44 years of law enforcement service. Mr. Atkinson has served as a volunteer employee with the United States Department of Defense, for the Employer Support of the National Guard and Reserve which included serving as ESGR liaison for the 180th Fighter Wing. Mr. Atkinson served on the Board of Directors for Compass Alcohol and Drug Rehabilitation Services. Mayor Atkinson serves as a Board Member of the Safety Council of Northwest Ohio, a Board Member of the Pat Miller Foundation which supports The Eleanor Kahle Senior Center, and is a member of the Coalition of Organizations Protecting Elders. Prior to his election to the Whitehouse Village Council Mr. Atkinson served on the Anthony Wayne Board of Education for 20 years. Mr. Atkinson has been recognized by the Ohio House of Representatives for outstanding public service, the Governor of the State of Ohio for his outstanding contribution to public education, and the Director of the F.B.I. for exemplary service while conducting joint law enforcement operations. Mr. Atkinson’s professional associations include: Member of the Old Newsboys Volunteer Charity, the F.B.I. National Academy Associates, the Buckeye State Sheriff’s Association, the Ohio School Boards Association, and the Whitehouse American Legion, Sons Association and also volunteers for the Salvation Army. Mr. Atkinson attended the University of Louisville and completed Air Force Officers Military Basic Training at Maxwell A.F. Base in Montgomery, AL. Mr. and Mrs. Atkinson have been married for 49 years and attend the Hope United Methodist Church. They have three children, six grandchildren and have resided in Whitehouse since 1983.