What is Going on with the Birds?

What is Going on with the Birds? 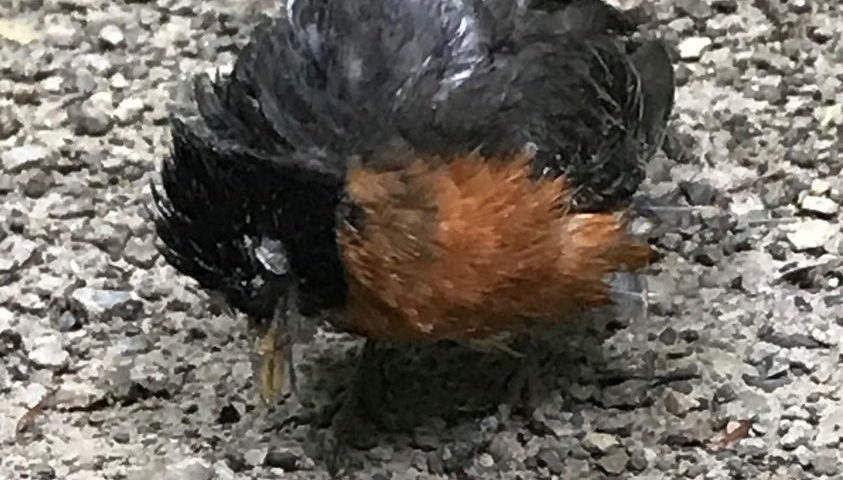 Recently, there have been reports of sick or dying birds found around Ohio and in nearby states. These birds often have swollen eyes, discharge from their eyes that may appear crusted, or a lack of clarity to the eyes. Affected birds may also exhibit neurological signs, for example their head may hang to one side then flop to the other side. In the above photo, taken last week by Kristi Anderson and posted to the Preservation Parks of Delaware County Facebook page, an American robin is displaying symptoms of the illness.

In late May of this year, wildlife biologists in Washington D.C., Virginia, Maryland, and West Virginia began received reports of sick and dying birds. Since then, reports have surfaced in additional states, including Ohio.